BATTLE OF THE KINGS 2019 UPDATE

Harley-Davidson® of Dallas fans, we need your help! We're going to be ask you to vote for your favorite Battle of the Kings 2019 bike soon. If you don't already, follow us on Facebook for an online reveal when voting starts April 15.

Then, make plans to be at the Allen Texas motorcycle dealership April 20 from 11 a.m. to 12 p.m. for the full reveal. While we wait, we talked with some of the guys responsible for making it happen.

MAT HORMEL ON BATTLE OF THE KINGS 2019

Assistant service manager Mat Hormel headed the team working on the Custom Kings 2019 bike at Harley-Davidson® of Dallas in Allen Texas. Here's what he said. 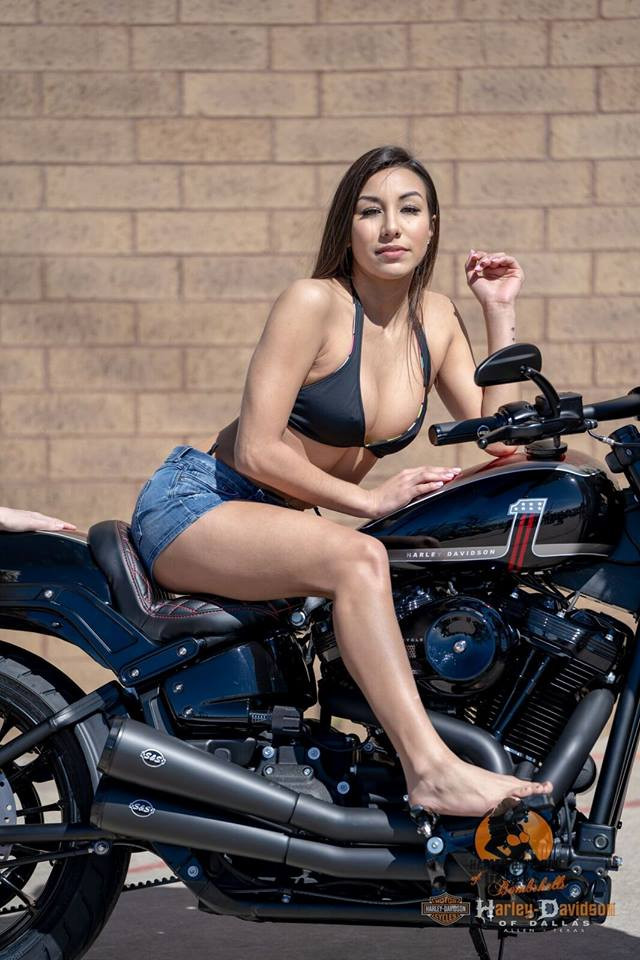 Tell me everything you can share at this point about this bike.

Well we started with a 2019 Fat Bob, and we were trying to shoot for a factory style bike that was something like the factory could produce. We took Fat Bob and gave it more sporty styling, but the originality is still from Harley®

We changed the wheels, modified the rear fender, made custom spacers and custom brakes for the rear. We worked with high school students to fabricate the parts and make the wheels possible to mount. We had to machine parts for the front end to mount that FXDR headlight assembly.

All the custom lighting was done by high school students. Then there was powder coating and custom paint to replicate that H-D® CVO-style paint job.

What are some of the challenges or setbacks you faced during Battle of the Kings 2019?

The biggest challenge was time really. They gave us a little shorter time to work with on this one. There was so much more we wanted to do. The students only got a few hours every day in that class. Plus, for us we were splitting time between school and the dealership. The students and teacher took a lot of responsibility on themselves. They had a lot with the fabricating side and making custom parts work together.

No, we actually spent right at $6950 in the end. We're calling it an even 7k. So we're under budget. And that's everything from custom paints to fabricating, powder coat and the rest. On the labor side, we had the high school assembling and helping us build. 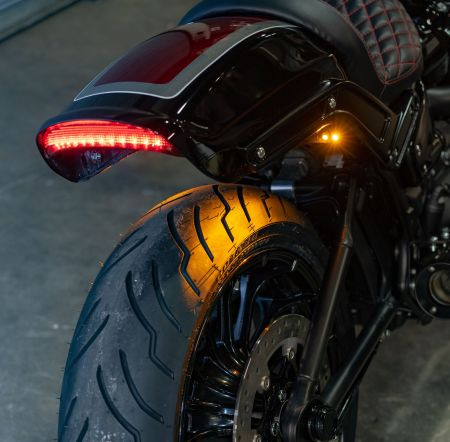 What's the next part of the competition?

The reveal. Then on April 15 everyone can start voting. Anyone with an email can sign up on H-D® website. You just get one vote, which makes things fair.

On social media we'll be sharing like crazy. Plus, you can vote in store on our tablet by the bike.

Once peer voting is finished Harley will knock it down to half the entries. Then they split the bikes into 3 groups. There are three categories - dirt, street and chop. They'll narrow each category down until there are just three bikes in each. From there the bike goes to competitions and decision makers Harley picks will make final determination.

What about the high school students that worked on the Custom Kings 2019 bike?

Thomas Pablo was the instructor in charge. One student, Raymond Tovias was our team lead. He definitely took charge of the situation. We ended up giving him a free motorcycle riding course so he can get his license. He's 18 right now. We also got with Harley and got all the students involved wireless earbuds for their cell phones. 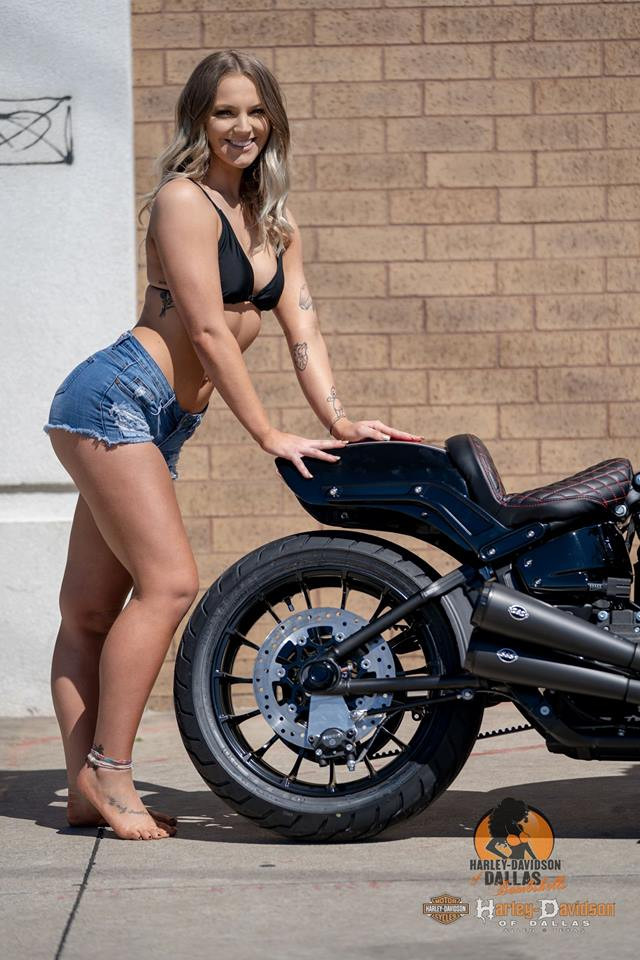 RAYMOND'S PERSPECTIVE ON BATTLE OF THE KINGS 2019

Raymond Tovias is young to have such an integral role in a high-stakes competition. When we talked to him, he was in Corpus Christi for a school related event. He was excited to talk about Battle of the Kings 2019.

How did you end up being the one in charge of this project?

Well, I've been with Pablo for three years. Our outdoor power class works on small engines, so I had gotten a lot of experience learning power tools.

The other students who have been in the program longer graduated last year, so I guess I knew the most. We were pretty excited to get a chance to cut the frame on a brand new bike.

What parts were difficult?

Well, some of the wiring was frustrating. There was a custom lighting setup that we just couldn't get right. I ended up going to the dealership and they helped me figure it out. That was a great learning experience. Working on the electrical I had to learn to make my own components for wiring.

The brake system was a challenge with that rear end. Also, on the front end we needed to find a way to mount that new headlight. All the other students working on it tried really hard. We learned a lot.

What are your plans for the future?

For riding a motorcycle, I'm going to sign up to take the class as soon as I can. Then I'd like to get something sporty, maybe a Sportster.

After graduation I want to do something in automotive and fuel technology, maybe in the motorcycle industry.

Raymond has a handful of schools he's looking at for after graduation, and we're sure he has a bright future ahead of him. We're fortunate to have had such a bright young man heading the student team for our Custom Kings Battle of the Kings 2019 bike.

We're excited to see what happens in the weeks ahead. Every vote counts, so we're asking for yours. Plan to participate by voting for your favorite. We'll give more information as it becomes available.