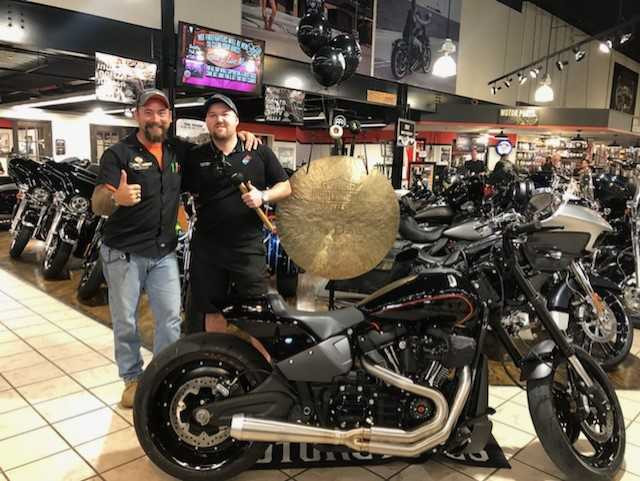 Taylor Gates has been living in the fast lane for pretty much all of his life. He started as a delivery driver for Dominos at 18 years old, now less than ten years later he's director of operations for nine stores, soon to be ten. The 27-year-old plans on franchising in the next few years.

Taylor says he prefers not to buy what's mainstream. He doesn't want to wear the same clothing, drive the same car or ride the same motorcycle as everyone else. When he makes a purchase he isn't just attracted to the name. He's looking for innovation and personalization, and he's willing to pay for it. 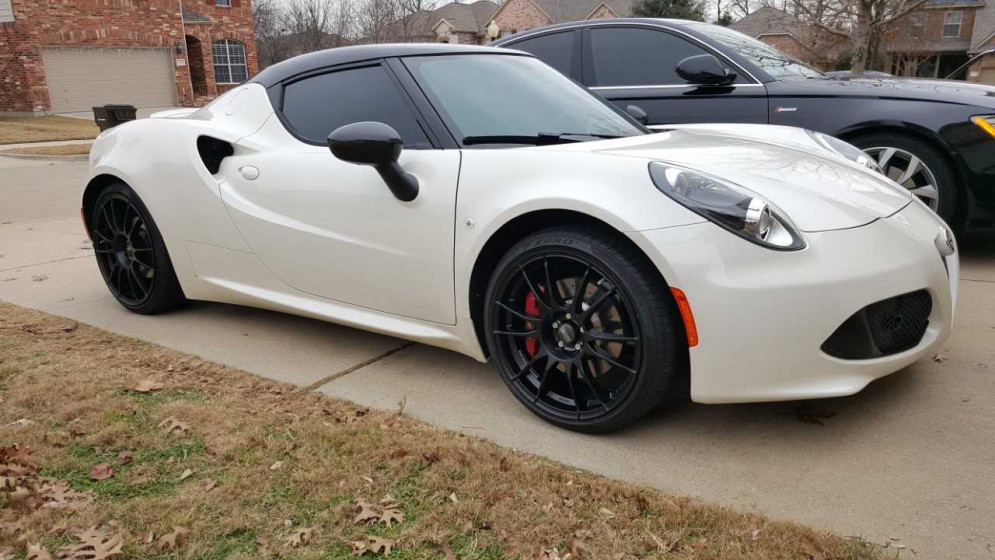 "I love bikes and fast cars," he said, "I got my first bike at 18 and had four or five of them. I bought and sold and traded over the years. I raced on the track. I had an Alfa Romeo. But Harley® was just never on my mind."

WHAT HE USED TO THINK ABOUT HARLEY®

"I always told myself when I get older, I'll settle down," he continued. "When I get older, like 40 I'll get a cruiser." He didn't expect to be ringing the dealership gong anytime soon.

"My dad has a Harley®. He works a lot, so I don't get to spend a lot of time with him but I thought maybe if I got a Harley® we could ride on weekends."

The two visited Harley-Davidson® of Dallas in Allen and Taylor talked to Brand Ambassador Gus about his taste in motorcycles. "We got to talking about who I am and what I do. I told him what I was into and then we left." Taylor had no idea what would happen next.

Gus called Taylor a week later when Harley-Davidson® of Dallas in Allen received their 2019 bikes. Among them was a Vivid Black FXDR™ with orange accents. "This is your bike," he said.

Taylor is a voracious researcher. He dug into information and online reviews to evaluate the bike before making a decision. Gus sent him links to YouTube videos and Taylor watched them all. Then Taylor went to see it and was instantly sold.

"I couldn't believe it was a Harley®. I know they redid the whole Softail® line last year, and I liked the Fat Bob, but it wasn't all the way there for me."

"If I dreamed up everything I wanted in a bike this is it. It's literally a combination of Harley® with a sport bike mixed into one. Harley® knocked it out of the park."

Taylor said on his first ride he was surprised by the power. The bike shipped with a Screamin' Eagle Titanium Performance slip-on muffler that's a Stage 1 performance upgrade alongside the Screamin' Eagle Air Cleaner Kit and Screamin' Eagle Pro Street Tuner. Taylor upgraded previous bikes, but didn't realize that option was available for a Harley®.

"That's a fast bike, and there's still Stage 2 and Stage 3. I'm still babying it during the break-in period, and I'm shocked at how fast it is."

He was also surprised by how it handled. The Softail® chassis delivers responsive handling and thrilling agility both on twisting roads and congested Dallas traffic. FXDR™ 114 has the greatest lean angle of all the Softail models and confidence-inspiring anti-lock brakes standard for strong braking performance.

Gus and Taylor got to work on the deal soon Taylor was riding it home. 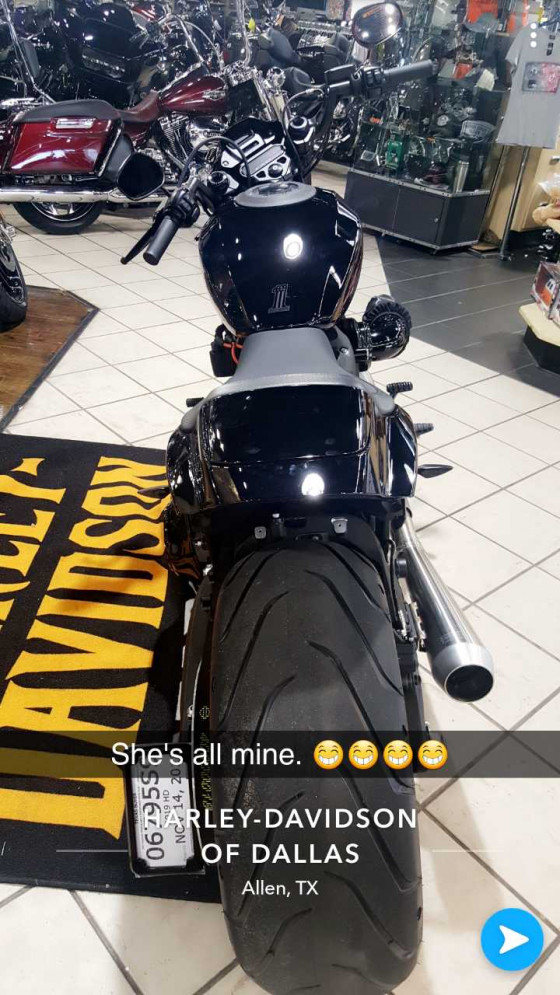 HOW DOES FXDR™ 114 REALLY COMPARE TO SPORT BIKES?

FXDR™ 114 is new to the 2019 lineup, but already there are a lot of reviews. Taylor says while it has a different seating position and foot position from some of the other motorcycles he's ridden, he would consider it more of a sport bike than any other Harley®.

The drag-strip-inspired style and angled exhaust are more than just showy. The bike has 32.6 degrees of lean angle on the bike's right side. The 114 cubic inch engine produces 82.3 horsepower and 103.9 lb-ft of torque at the rear.

Taylor loves the bike's versatility. He can cruise with his dad and relax or ride aggressively with friends. It has plenty of power, but it's also comfortable to ride. With sport bikes, he was on his toes but the FXDR™ 114 allows him to sit flat-footed for greater control. He adds it would be an easy bike to learn to ride on.

The Harley-Davidson® name is synonymous with quality, and Taylor says he notices a significant difference between his new bike and previous ones built by other manufacturers. Everything feels more durable.

The seat is more comfortable with thick leather and better stitching. Where sport bikes have cheap seats and plastic all over them, FXDR™ 114 feels beefier and heavier. "The engine and everything about it feels crisp and like it's done the right way."

The bike was already unique, and only three had been sold in the Dallas area. He was already sure he wouldn't be seeing many in Dallas traffic, but before he left the store in Allen Texas, Taylor added a few upgrades.

The Dominion Bronze collection is new, with bronze powder-coated base components and accent pieces that look stunning against FXDR™ 114's blacked-out machinery. He also added a back seat so his girlfriend could ride along. He noted how uncomfortable most sport bikes are for passengers, and appreciated she could enjoy his purchase with him.

"We're in a tribalistic society right now, so people attach to groups," Taylor said. "If they don't like it, they're going to hate on it. Some of it's price. They have no idea what they're talking about, and really I didn't either until I tried it."

He didn't tell his friends he was buying FXDR™ 114 in Allen because he wanted them to see it in person. What was their reaction when they did? "They've been like, wow! That's a badass bike!" 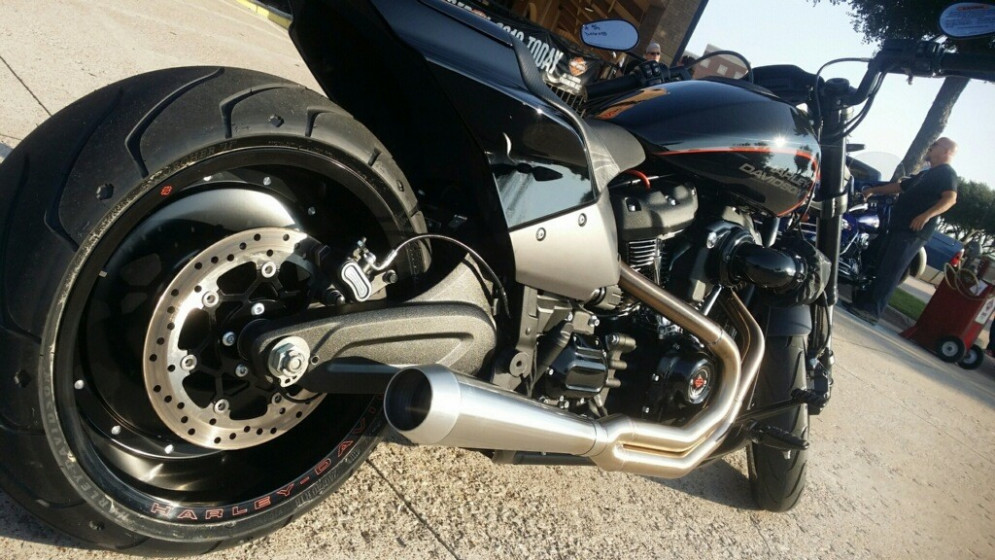 That's what he would tell anyone willing to listen. FXDR™ 114 is unlike anything Harley® has ever made before. For sport bike enthusiasts seeking extreme high quality, in-your-face style and adrenaline-inducing performance, this bike is a must-see.

Still skeptical? We dare you to take it for a test ride and not want to take it home. See more on the 2019 FXDR™ 114 here or set up your free test ride today.