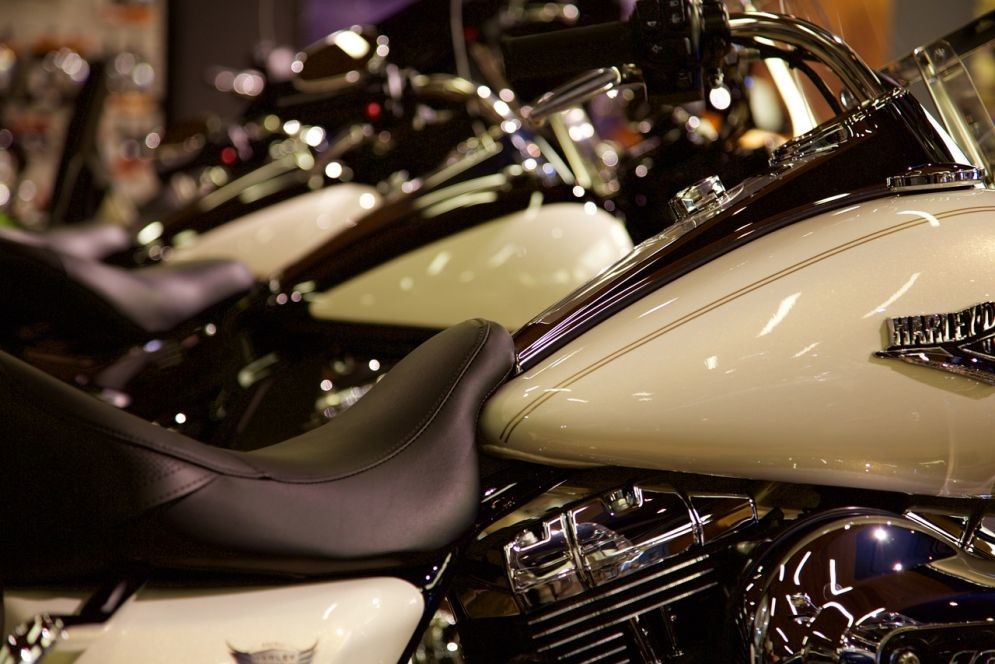 If you've heard Harley-Davidson® is struggling, you may wonder what's the truth and what's hype. At Harley-Davidson® of Dallas in Allen Texas we don't see political tweets as a problem. We know all the motorcycles we sell are made in the United States. We also know if the motorcycle giant does have competition it isn't Honda, Ducati or Indian. But when it comes to selling new Harley® bikes, there is a challenger.

The only thing that really hurts new Harley® sales is used Harley® motorcycles. Here's what we mean.

H-D® bikes are built to last, and they do. Recently we interviewed Plano resident Taylor Gates when he bought a new FXDR 114. For as long as he's been riding Taylor has ridden sport bikes from other manufacturers. He says everything about Harley® feels more durable. Everything about his bike feels beefier and heavier, "like it's done the right way."

That's no surprise for people who have been riding Harley-Davidson® for years. Forbes notes a healthy sales growth of used Harley-Davidson® motorcycles that's "an indication of the strength of its brand." The truth is, when people buy a used Harley® in Dallas, they get something built to last.

So many vehicles and products in our society are meant to be disposable. That's not the case with Harley®. At our dealership we typically see three things happening again and again:

For H-D® owners, how they care for their bike is a matter of pride. If you're a Harley® enthusiast you already know about this. If you're new to the family or looking to buy a used Harley® in Dallas, you're already realizing our motorcycles are more like family members than machines. They have names that suit their looks and "personality."

Think about what you typically see when you spot a used motorcycle for sale on the side of the road. If it's a Harley® everything about it is in tip-top shape. The chrome is shiny, the leather looks brand new. The paint job looks well cared-for and often there's motorcycle customization that reflects the personality and riding habits of its owner.

Most Harley® riders are religious about motorcycle maintenance. If they do sell their bikes it's because they're ready for an upgrade or because something major has happened in their life. They experienced financial difficulty, they have health issues that keep them from riding or they're raising a young family and need four wheels instead of two.

The owner will almost always tell you how much they love their bike and hate to get rid of it. If they're not replacing it with a new Harley® they tell you they're going to buy a replacement as soon as they're able. Bikes tend to be in excellent condition and come with complete maintenance records.

How many times do you think that happens when you buy a used Dallas motorcycle made by other manufacturers? How often do you see a used foreign-made sport bike for sale that looks as cared for as a used Harley®? The difference has as much to do with the owner as the manufacturer.

See also our article Quick Tips for Buying a Used Motorcycle in Dallas.

Again, Harley® runs counterculture. To most individuals, new is better than used. The current model year is more valuable than the year before. By extension, the person who owns the brand new thing is more successful and admirable than the person who doesn't.

That's just not true in the H-D® community. We all love new bikes. When the 2019 models were released, everyone at our dealership did a lot of staring and drooling. We bet you did too. However, we have the same visceral reaction every time we see the used Harleys® for sale in our Allen store.

Harleys® stay shiny. The engine start always accelerates the pulse. The Harley® community doesn't evaluate a person's worth based on the year their bike was manufactured. Riders have a deep respect for anyone who rides with skill and takes care of their motorcycle.

We actually see that respect deepen with time. Riders tend to invest a huge amount of their time, money and focus in making their bike an expression of who they are. Bikes evolve into custom motorcycles that are completely unique. Other riders recognize that drive and the creation of a personal legacy.

See also our article How Much Does Mileage Matter on a Used Motorcycle in Dallas?

BUY A USED HARLEY-DAVIDSON® IN DALLAS

So there you have it. If Harley-Davidson® new bikes have competition it's due to Harley® reliability and the Harley® lifestyle. Plus, at our dealership used Harleys® go through an intensive 40-point inspection and are eligible for an extended warranty. We'll help you finance your bike even if your credit is less than perfect.

We have a great selection of new 2019 Harleys® for sale at our store ready for a test ride. If you've been thinking about shopping used motorcycles, you don't want to miss our ongoing event.

Now through the end of October we're liquidating all pre-owned inventory. We have to make room for those new bikes, so we're slashing prices to an amount you won't believe. The best time of the year for riding has just started. Don't let someone else ride away on your bike. Check out our online pre-owned inventory or stop by our store today.