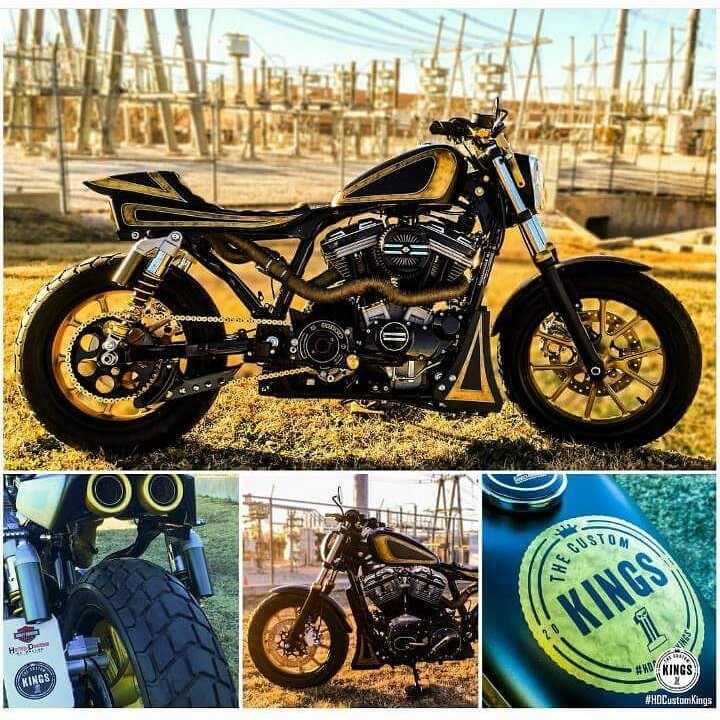 As far as motorcycle customization competitions go, Harley-Davidson's ® Custom Kings Battle of the Kings is the biggest and the best. Motorcycle dealerships across the nation and the planet fight to design the best custom motorcycle in one of three categories. Assistant service manager Mat Hormell took a few minutes to give us the inside scoop on what's happening in Allen Texas and why Harley-Davidson® of Dallas plans to win.

This isn't the first time Harley-Davidson® of Dallas in Allen, Texas has been involved in a Custom Kings Competition. In 2015 they entered a bike that placed in the top 64 out of hundreds of dealerships. Mat was in charge of that project, so he was a natural choice to take the lead on this year's build.

That project started with a factory Sportster®. Here's how it ended up. 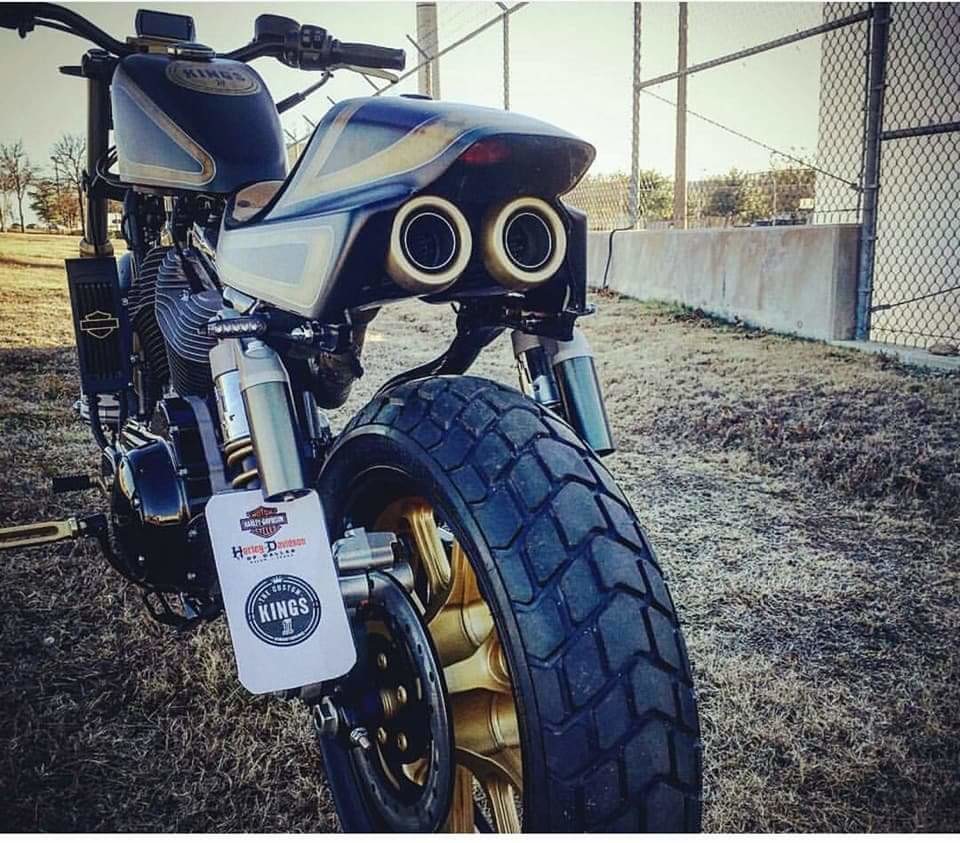 We had a lot of questions when we got Mat on the phone. Our questions and his answers follow.

There are a couple of things, and they're all positive. In previous competitions, voting was kind of a sham. One person could vote as many times as they wanted to, so it wasn't really about the merits of the bikes.

Harley® recognized that's a problem, so voting is different this year. Customers or anyone else who wants to vote can log in and vote on their favorite motorcycle. There's only one vote allowed per login.

Also, entries can be in one of three categories - chop, race or dirt.

WHAT KIND OF HARLEY® ARE YOU STARTING WITH?

We want to build a road race style bike. All the guys who are working on it are into drag racing bikes.

We're starting with a 2019 Fat Bob and we're going to build a road race style bike. It's going to be a muscle bike, a street ripping bike.

WHAT ARE YOUR LIMITATIONS?

The rules say we can spend half the bike's value, so about $8,000, and that includes both parts and labor. Half the parts have to be genuine Harley-Davidson® parts, but we're going to use almost all Harley® made.

To begin with, the parts guys, the technician and I kicked around ideas. We went online and looked at other builds, what other people were doing around the world. We didn't want to do the same thing as anyone else.

We liked a lot of the same things and we all want to use as many Harley-Davidson® parts as we can. We found some headlights and a front end we wanted and started talking about what will make those things fit.

So, we started looking at the parts we have and what we've loved in the past.  It all just fell into place.

WHAT WILL YOU END UP WITH?

We're using all Harley® pre-made, but parts from other models. So, parts from Touring bikes, other Softail models, the kind of bike I think Harley® should have made in the first place when they made FXDR. It's going to reach that age group Harley® is aiming for.

AND YOU HAVE SERIOUS HELP IN YOUR CORNER

We're working with Gilbreath-Reed Career and Technical Center. They have a full machine shop, so they can machine out parts.

Friday as soon as the weather clears we'll take the bike to the school so they can start working on custom parts.

For example, they're making us wheel spacers so the wheels fit properly, machining front end parts for us, cutting some things down. I'm going to have them make us a custom derby cover with a Custom Kings logo and all our names around it.

WHAT ARE THE BIGGEST CHALLENGES YOU FACE?

Making the wheels fit! We're using the wheels off a Touring bike, so it's going to be a challenge to make it work right. We're building a custom seat entirely from scratch, doing all the fiberglass work ourselves here in our shop.

Plus, another challenge is the time frame. We hope to be done by March 1. We have until March 15.

WHAT DO YOU THINK ARE YOUR CHANCES OF WINNING?

We have a really good shot. We have a good team and the school working with us. We have a great design, the bike is going to look awesome. It's the bike I think everyone is really wanting.

WHAT CAN PEOPLE DO TO KEEP UP AND SHOW THEIR SUPPORT?

Follow on social media to keep up with what's going on and share so more people can see. After March 15 we submit all of our bills to H-D® and the first round of the competition starts. Customers vote on their favorite bike and the results narrow the entries down to 25 bikes. Then, Harley® appointed judges handle the next round and choose the final three.

Note: If you don't already, follow the H-D® of Dallas Facebook page for frequent news and updates. Then when it's time to vote, show your support by voting for our custom motorcycle!

GET YOUR OWN CUSTOM MOTORCYCLE NEAR DALLAS

If what you really want is a custom motorcycle of your own, you don't have to wait until the Custom Kings competition is over. Bring your current bike and talk to our service department or look at the custom motorcycles you could take home today.